The music of life is a concept that covers two things. Someone’s daily life and the things that represent components of music. As such, it is a symphony of melodious moments in your life and how you use music to navigate life’s many pitfalls and stressful moments.

What is this Concept?

Have you ever heard the term that music is life and life is music? Well, it basically means that without music, life would be boring and meaningless.

Historically music has been used to uplift someone’s spirits. When I am feeling down, I would always just put on my favorite tunes, and before you know it, all my problems seem to melt away, and I can tackle my problems much better. Don’t you?

Music is basically the fountain of life, and many things are used to reflect this reality.

Moreover, most uplifting music has to be gospel music. The songs in the gospel genre are always the best uplifting songs out there today. Below are some of the forms of what is considered as life’s musical treasure.

These songs can be based on Bible passages (i.e., The Lord is my Shepherd), but are often written by writers within Evangelical churches (i.e., Methodist or Baptist). The hymn is imported from Greek and translates directly to “song of praise.”

From what I gather, they can be accompanied by ordinary piano, organ, or sung in acapella. Within the Catholic Church and various Protestant congregations, they are written with thought to individual saints (Catholic Church), celebrations like Christmas, Lent, and Easter.

As a sacrament, they’re also used in baptism and Holy Communion (or Eucharist). In a general statement, modern genres are deemed to be inspired by modern music forms of today. That’s the reason many prefer not to incorporate new songs into a given hymnal (list of hymns, collective, or collection). A hymn can lift the congregation’s spirits, which is why they are part and parcel of the mass and episcopal ceremonies.

The chant sung in unison yields a powerful and pervasive sound. Performed inside a church or chapel, the echoing and vibrant sound lends the highly religious air to the score. The music is considered monophonic, which at the easy level, denotes a straightforward melody.
The work within the genre is considered to be a form of hymnology and is originally in Latin.

Musical recordings (or notations) date back to the 10 century. However, the musical chant was practiced before that. Before singers were taught in Schola Cantorum, there was little in the form of formal music recordings. Mostly musicians used the listen and learn by listening to the other musicians and then perform any music.

Today musicians follow music sheets, but some are talented enough to learn by ear with instruments, especially the pianos.

Historical recordings and notations were undertaken in Frankish areas of Europe (western and central), the 9th and 10th centuries, AD. However, several melodies are believed to have been adapted from its predecessor’s centuries before. Its real origin is believed to stem from Carolingian influence, which drew from both Roman and Gallican versions of the so-called plainchant.

Without historical deviations, it can be said to belong within the Catholic Church, sung at Mass, and in the choir.

The hymn doesn’t necessarily always have any music but can also be recited as prayer or used in a cappella, as mentioned above. Before the piano and organs, medieval people of Ancient Greek employed lute, harp, or lyre, categorizing under stringed instruments.

Today’s Musical instruments include actual instruments like the ones we will be talking about below and some synthetic and computer-generated tunes.

Drums constitute some of the top accompaniments of music and create both melody and rhythm. Learning the drums constitutes a lot of knowledge, but they are necessary to advance the music in life.

Have you always had a dream of actually becoming a guitarist in a band, but your skills were not good enough? In this particular topic, guitars are an essential accompaniment. All the guitar covers include music theory, harmony, rhythm, musical notation, and the fluidity of finger movements.

The piano, thanks to its wide application, is an instrument that gives the musician many possibilities. The actual development of hearing and sense of rhythm and mastering the sound extraction techniques and improvisations’ basics.

Every day you use a natural instrument, which is the voice. If your dream is a professional singing career, then your pursuit of this goal is really an ode to life’s music. Vocals help advance your musicology with the development of hearing and sense of rhythm and voice flexibility.

While the microphone is technically not an instrument, it is clearly a part of the musical repertoire that we have to include. For our topic, a microphone lies between the minor instruments like the horns, percussions, and something like a stage presence.

Is Music a big part of your life?

For those musical artists, musical bands, church choirs, opera singers, and classical musicians. Music is actually becoming the art form and a cultural phenom that drives their lives and it is a major part of many of these people.

For those in Performing arts, dance, theatre, classical music, and film, music is definitely a bigger part of their lives compared to the rest of us. To these people, we say that the services that they provide are music to our ears if you get the pun there.

When we talk about the music of life topic, you can’t help but feel like you are going down a rabbit hole because music is now very engraved in every fiber of our society.
We all have the type of music that we love, from classical to rap to reggae to pop music and gospel. You will always find something that interests you wherever you look around the world.
And because you love said music, you would listen to it because it improves your mood and makes your life that much better. 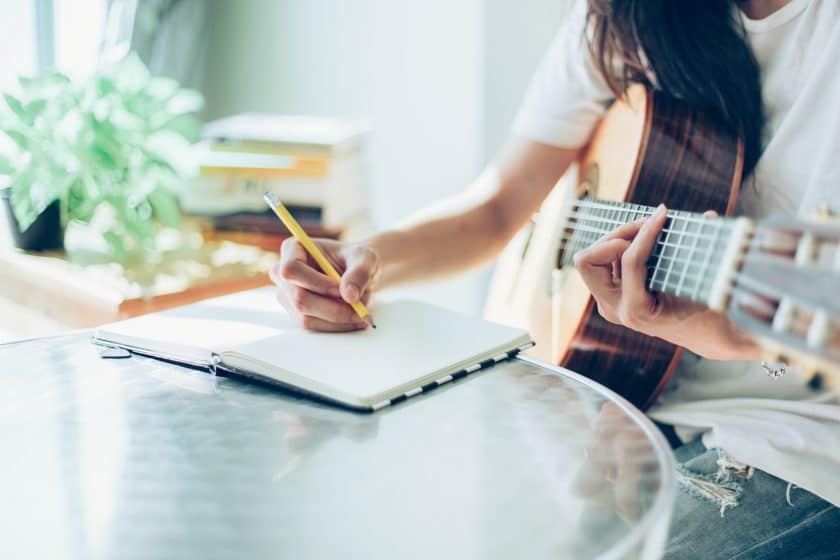 How Do You Actually Keep The Music Playing Lyrics

Signs That Shows Ones Music Career Is Fading

Things To Do So To Avoid Weak Songs

Signs That Shows Music Is Your Talent